The Route of Noble Families

The Route of Noble Families of Virovitica – Podravina County

The Route of Noble Families of Virovitica-Podravina County presents a tour visit to the places that were culturally and architecturally permanently marked by the noble families of the region – Pejačević, Schaumburg-Lippe, Janković, Drašković and Mihalović.

The building of this touristic gemstone in Slavonia took four years (1800-1804). It was built by Count Antun Pejačević on the site of a demolished medieval burg. The castle is built in baroque-classicist construction style, and it is surrounded with a beautiful park. It all started in 1749, when the estate was obtained by Josip Pejačević as a gift from Maria Theresa. His son Antun I. Pejačević, with the help of the Viennese architect Roth, had a castle built in the center of the town around which Virovitica developed and expanded. The construction was completed by Antun II. Pejačević. As part of the construction, a park was planted around the castle. In 1841 Antun III. Pejačević sold the castle and the estate to the German princely family Schaumburg-Lippe. In 1911 the next owner became Count Ivan Drašković, and in 1930 the Municipality of Virovitica. The castle is still owned by the City of Virovitica and is the most important cultural, historical and tourist attraction that dominates the city center. Pejačević Castle was renovated in 2019 with European funds, and today it houses a modern multimedia Virovitica City Museum with a permanent exhibition “Drveno doba” (Wooden Age), a restaurant, cafe bar, tourist information center and souvenir shop.

The German princely family Schaumburg-Lippe started a series of economic endeavors in the area in the mid 19th century. In Virovitica they started sugar production and fish farming, they were engaged in forestry, they became owners of the wasteland in Višnjica and they were engaged in a cattle breeding and agriculture, they planted large vineyards, and in Slatina they started beer and sparkling wine production, while in Virovitica they bought a castle from the Pejačević family and built tavern – Inn “K Lippeovoj ruži” (At Lippe’s Rose).

Today’s appearance of the Pejačević Palace originates from the second half of the 18th century and represents an impressive example of Baroque architecture. It is also one of the oldest cultural monument in the field of architecture in Virovitica. Today, the City Administration is located in the recently renovated Pejačević Palace.

Janković Castle in Cabuna is another extraordinary building of the Janković family. It was built in the second half of the 19th century and completely fell into disrepair in the 1960s. As well as the recently rebuilt castle and park in Suhopolje, it became an object of interest with the intention of being restored very soon.

The Native Museum of Slatina collects, preserves and exhibits (in a permanent or in the occasional exhibition cycles), local objects of natural, material and spiritual heritage. These objects originate from the area of the city of Slatina and the local municipalities of Čađavica, Sopje, Voćin, Mikleuš and Nova Bukovica. The museum was founded in 1984. In the permanent exhibition, visitors can get acquainted with Slatina’s thousand-year old history and its rich cultural heritage. The museum shows the cultural identity of Slatina and the region and defines the uniqueness of Slatina in the wider Croatian context. With its concept and layout, the Native Museum of Slatina is a great example of cultural and tourist attraction.

Janković Castle in Suhopolje was built from the middle of the 18th to the beginning of the 20th century, and today it is recognizable for its features in architecture. It is surrounded by a monumental park. Janković Castle was renovated in 2019 with the help of European funds. Today it is a visitor center with many multimedia contents. It also provides the accommodation capacity and a 5D cinema room.

In the end of the 19th and the beginning of the 20th century, the Drašković family has been building, remodeling or simply buying castles and manors in the eastern and central Croatia. The country house (the manor) in Noskovci is one of these buildings, adorned with calm classicist architecture features. The manor is surrounded by a park, and the entire complex has recently been thoroughly renovated. It houses a visitor center and a hostel with 34 beds capacity. 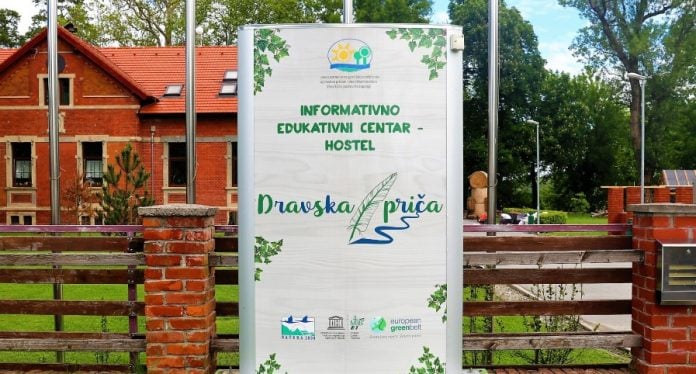 Kurija Janković in Kapela Dvor is a particularly beautiful example of aristocratic country house architecture from the 19th century. Until recently neglected and devastated, it has been completely renovated and put into the function as a 4-star heritage hotel.

The manor was built by the Mihalović family, as history recalls, in the second half of the 18th and the beginning of the 19th century. The noble Mihalović family owned the castle and the manor in Orahovica for a long period of 176 years. In 1716. they were granted nobility, and from the beginning of the 19th century they wrote the adjective ‘from Orahovica’ next to their surname. In the middle of the 20th century, the manor housed health clinic, a small hospital, while the right wing of the building was turned into a maternity ward. Later, the building was converted into a municipal government center, while today the Orahovica City Museum, the City Library and the City Hall are located in this building.

In the 19th century, Count Josip Janković discovered a magical valley in the heart of Papuk mountain forest, where he occasionally went hunting. Shortly afterwards he moved there permanently. In his honor, the valley was named Jankovac. Due to its extraordinary natural values, the site, which is located at 475 m above sea level, has been declared a protected forest park in 1955. Since 1999 it has been part of the Papuk Nature Park complex, as its most attractive and most visited segment. 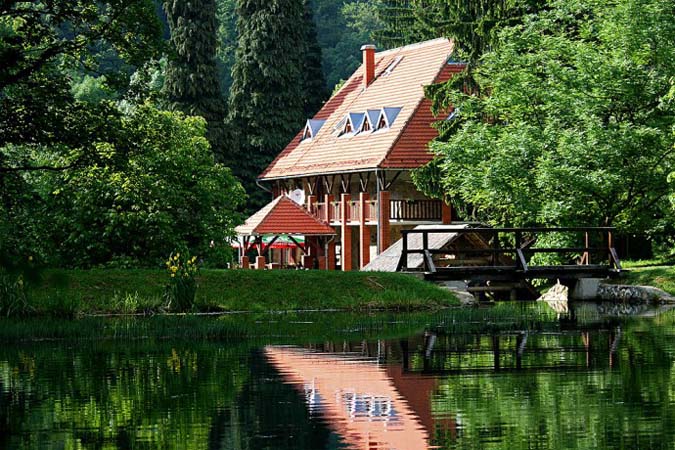 The area of Virovitica-Podravina County has been inhabited since the Neolithic era (6000-3500 BC), and the oldest preserved cultural and historical monuments were built in the Middle Ages. Ružica grad, near Orahovica, from the 13th century is one of the most significant and best-preserved examples of medieval forts in Croatia. 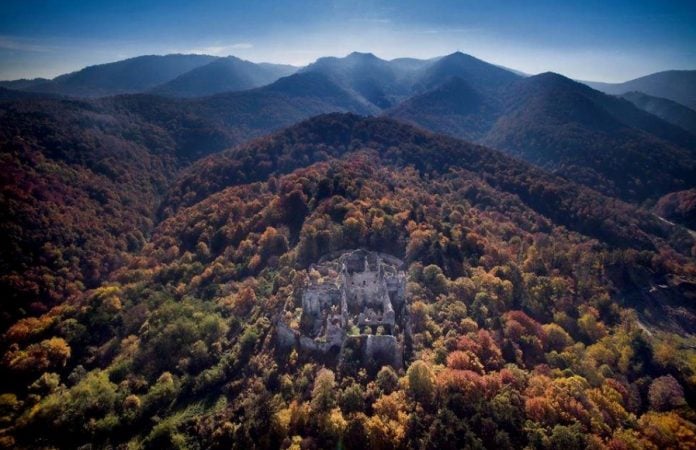